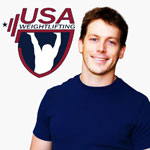 Brent Pourciau is a Pitching and USA Weightlifting Sports Performance Coach that has trained some of Major League Baseball's biggest names under his online multimedia baseball company, TopVelocity. Brent has worked with the Los Angeles Dodgers and Tampa Bay Rays as Biomechanics Expert when analyzing their next crop of prospects. And as a retired professional pitcher, Brent has gone on to combine his wide-ranging backgrounds in coaching, kinesiology and computer graphics to create a unique toolset to quantify the performances of his athletes. At TopVelocity, Brent could be found analyzing motion capture data of his pitchers and hitters, teaching Olympic weightlifting and training athletes of the foundational lower-half movements that lead to high pitching velocities and arm safety. Brent is often asked to speak to coaches, players and upper management in baseball about what it takes for athletes to build a healthy, sustaining career in today's evolving, ultra-competitive baseball industry.

Established in 2007, TopVelocity has gone on to be one the most respected sources of performance enhancement programs available online. Athletes from around the US and nearby countries come to Brent's training facility in the New Orleans area to train directly under him and his coaching staff through their many programs and camps. Learn more about Brent's work and his company at topvelocity.net.